This year, revenue for semiconductor companies has increased dramatically. The chip shortage is affecting various sectors due to supply chain constraints and rising demand. As a result of the issue, US President Joe Biden has decided to encourage chip manufacture in the United States rather than relying on China. Global semiconductor sales totaled about $145 billion between June and September, up nearly 27% year over year and 7.4% quarter over quarter. NVIDIA Corporation, Advanced Micro Devices, Inc., and ASML Holding N.V. are among the best semiconductor companies to buy right now.

Here is Insider Monkey’s list of 10 best performing semiconductor stocks of 2021. Integrated circuits and semiconductors are sold by Taiwan Semiconductor Manufacturing Company Limited. Since rumours surfaced that Apple had chosen the company to build 5G modems for upcoming iPhones, the stock has risen. Krish Sankar of Cowen commenced coverage on the stock with a Market Perform rating and a $120 price target. Micron Technology is a memory and storage company that manufactures and sells products. The company recently announced that a long-running disagreement with United Microelectronics Corporation had been resolved. Micron stated in October that it would spend $150 billion on memory research and development. QUALCOMM Incorporated is a wireless technology company that develops and sells basic technologies. Most high-end smartphones use Snapdragon processors. QCOM’s stock has a Buy rating from Mizuho, with a price target of $195 up from $170. Broadcom Inc. beat market projections for profits per share and sales by $0.05 and $20 million, respectively, in the third fiscal quarter. In October, the company was selected Google Cloud customer of the year. NXP Semiconductors N.V. is a semiconductor company that develops and distributes a variety of devices. The company just issued a $0.5625 per share quarterly dividend. Fisher Asset Management is the largest stakeholder with 929,591 shares worth more than $182 million. For more details, click 10 Best Performing Semiconductor Stocks Of 2021. 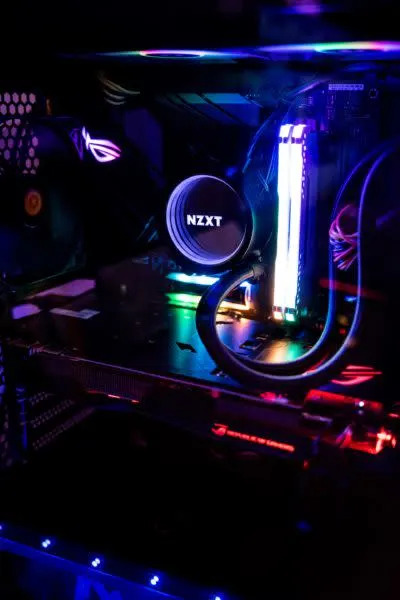