Breaking News
By Isabelle Acosta on December 20, 2021 Inside Tech

Solar energy, which is clean, emissions-free, and renewable, has grown at a rate of 42 percent each year over the last decade. Increased demand for solar energy has been fueled by rising concerns about climate change, lobbying for green energy, and government stimulus packages. The addition of 13.8 gigawatts of wind and solar capacity in the first eight months of 2021 was up 28 percent year over year. Solar accounted for 43 percent of all new electric capacity added to the grid in 2020, surpassing 40 percent for the second year in a row.

Insider Monkey compiled the list of the best solar energy stocks to buy for 2022. After being spun off from the California-based SunPower Corporation, Maxeon Solar Technologies, Ltd. became an independent corporation in 2020. Revenue climbed 6.71 percent year over year to $220.49 million, although it fell $5.78 million short of expectations. JinkoSolar Holding Co., Ltd. is a Chinese corporation that currently manufactures the most solar panels in the world. In China, the United States, Japan, Germany, the United Kingdom, Brazil, Italy, Spain, and France, the corporation provides residential, industrial, and commercial utility services. Hannon Armstrong Sustainable Infrastructure Capital, Inc. is a solar energy and sustainable infrastructure investment firm based in Maryland. In Q3, 15 hedge funds were bullish on the stock, up from 10 in Q2. JPMorgan analyst Mark Strouse raised Brookfield Renewable Partners L.P. from Neutral to Overweight, with a $46 price target. Hydroelectric, wind, solar, and storage facilities across North America, South America, Europe, and Asia are among the company’s assets. Daqo New Energy Corp. is a Chinese corporation that specializes in monocrystalline silicon and high-purity polysilicon development and distribution. Over the period, revenue increased by 366.65% to $585.78 million, beating projections by $37.55 million. For more details, click 10 Best Solar Energy Stocks To Buy For 2022. 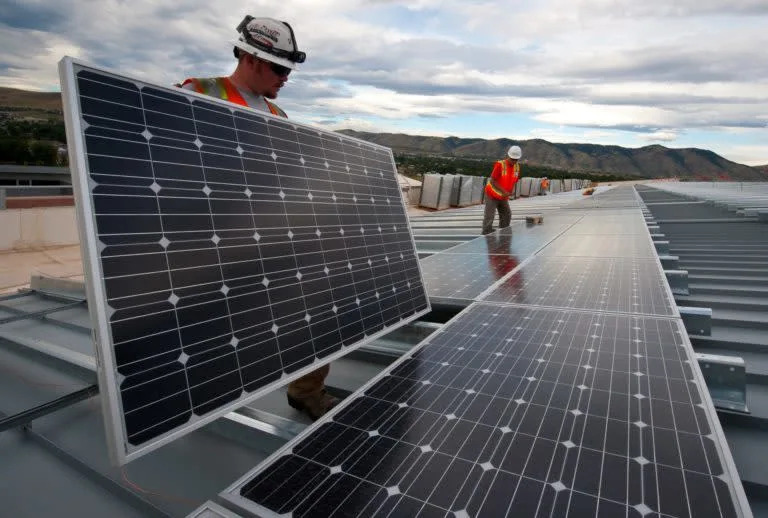