Today we are going to take a look at billionaire Nicholas Pritzker’s Tao Capital’s best stock ideas, based on Insider Monkey’s latest article. But if you want to skip our short summarize and intend te read the original article, click and jump to see billionaire Nicholas Pritzker’s Tao Capital’s best stock ideas. Legendary Nicholas Pritzker is known for his famous investments in  technology, clean energy, healthcare,  transportation  and sustainable food & agriculture businesses. Pritzker’s investment strategy is different from others’, as he has only a few stocks that are mainly new startups.

According to Insider Monkey’s track, at the end of the fourth quarter in 2020, Pritzker’s fund, Tao Capital had a position in six stocks, three of which we are planning to compile now in our short article. Tesla Inc ranks fifth on his list. Pritzker was among the earliest investors in the electric vehicle manufacturing company, as he started his position in Tesla in 2006, when the company conducted the third fundraising round of $40 million. As of the fourth quarter of 2020, Tao Capital owned 91738 shares in Tesla. As a matter of fact it means 26% of decrease compared to the the third quarter. The stock price of Tesla rocketed 700% in 2020, due to investors’ confidence in electric vehicles. Uber Technologies Inc stands on the second spot of Tao Capital’s portfolio. Pritzker’s fund had started a position in Uber well before the company came public on New York Stock Exchange. The fund owned 107242 shares of Uber Technologies at the end of the last quarter in 2020, down 42% from the previous quarter. Uber stock price has rallied nearly 200% in the past twelve months. Due to the promising COVID-19 vaccine candidates and world economy’s recovery, investors strengthened their positions in the company.

Twist Bioscience Corp is on the first spot, and Nicholas Pritzker was also one of the early investors in the firm. He started his position in the company in 2015, while the company debuted on NASDAQ in only 2018 with a share price of $14. At present the stock trades $144, although it was $214 earlier this year. As of December 2020, the company’s revenue was around $33.6 million, 64% higher than in the same period a year before. 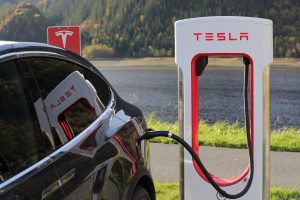