Breaking News
By Susan Pengo on March 25, 2021 Inside Tech, Lists

Today we are going to discuss the top 5 high growth companies hedge funds are buying, based on Insider Monkey’s latest article. Tesla Inc ranks fifth on the compilation with its amazing increase. Tesla has reported an expansion in its Chinese factory in order to increase capacity. Recently, the company announced that its Chinese factory would be able to manufacture quarter of a million Model 3 vehicles per year. As of the selling in 2020, Tesla managed to earn $6.6 billion in China alone, which makes the country the second largest market for Tesla after the United States. According to Insider Monkey’s investigation, there are 68 hedge funds, of whose total value positions have jumped from $8.18 billion to $12.31 billion in the last quarter of 2020. Tesla Inc is involved in designing, manufacturing and trading fully electric vehicles, energy storage solutions and solar productions. During the third quarter of 2020, the company sold 140,000 vehicles, while this number jumped to a record delivering of 180,000 vehicles in the last quarter. Tesla Inc. is followed by Square Inc on the fourth spot. Square Inc is a fintech firm, which is the producer of the popular Cash App that is used for sending money to each other. The app has brought a record revenue of  $5.97 billion in fiscal 2020, out of which $4.57 billion was revenue from Bitcoin transactions. Since last year,  stocks can be bought via the Cash App that will also result a strong growth for the company. The app is available in the United Kingdom and the United States, having more than 36 million of active users every month. Consequently, an international expansion will be a great hit for the company. Insider Monkey’s track found 89 long hedge funds in the company, which means a worth of $6.5 billion. Twilio Inc stands on the second spot of the compilation. The company is engaged in cloud communications platforms that provides sending and receiving text messages, programmatically perform phone calls,  and other communication functions. The number of long hedge funds boosted from 71 to 94 in the fourth quarter of 2020, which represents a respectable growth from $3.47 billion $5.01 billion, For more useful information about the top 5 high growth companies hedge funds are buying, please click and see the original article. 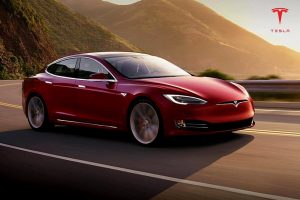